For four years, destinies shared atLa Panne bound thousands of casualties, Belgian and from all parts of the British Empire, to caregivers and support teams. 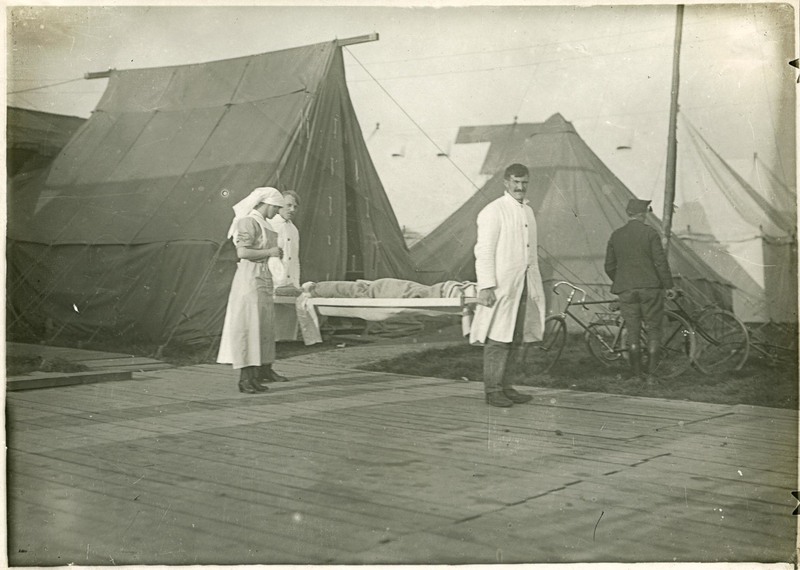 About thirty doctors covered the various services of the Ocean. All selected specialists. Chosen by Antoine Depage. The youngest were detached from combat units they were incorporated into in August 1914. One of them was a 32 year old UCL professor: Georges Debaisieux. Most of the 150 nurses were British. Their superior training and competencies, as well as their use of English, which was the language of most of the wounded, determined Depage's choice. But some were Belgian. They succeeded in escaping from occupied territory.

The supporting trades were innumerable: drivers, stretcher-bearers, workers, cooks, laundresses… The workshops recruited the formerly wounded - henceforth unfit for service at the front. The Ocean also had religious and cultural facilities. A catholic and a protestant chapel. A library; a community room; a former lounge for convalescents… the civil society made contributions. British associations financed equipment for the principal hospital buildings. In 1915, Marie Depage left for the United States to collect funds. Her success was magnificent. But she perished on her return in the torpedoing of the Lusitania.

The King and the Queenwere deeply involved. They were present at La Panne, sometimes in the trenches and advanced surgical outposts as well as in devastated villages. The King refused to throw his soldiers into vain offensives and prepared the country's refoundation.The Queengreeted writers and artists who kept the flame alive in the occupied country and made Belgiumknownin the world. She was often at the hospital and offered the simple care a doctor's daughter was capable of.