Beginning or Creation? A man of science behind the man of faith 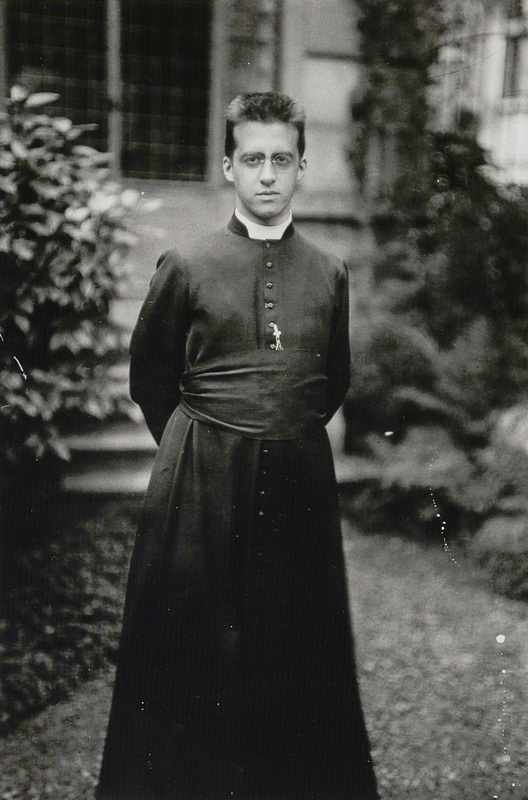 Portrait of the new abbé, shortly after his priestly ordination, on September 23rd, 1923, on the occasion of his first mass.

Georges Lemaître was a man of science and faith. His research work led to progress in cosmology and physics. He participated in many scientific advancements of the 1930s by theorizing the creation of the universe.

His name is attached to what has commonly come to be called the Big Bang and the unique atom theory, which made him famous in the scientific world and contemporary culture. According to the principles of thermodynamics, the state of disorder of matter increases over time. Georges Lemaître consequently supposed that in going back in time, we would find a state where the disorder of the universe's matter was less. The first moment of the universe thus corresponds to a state where all matter and energy are concentrated in a primitive atom. But attention, that atom was not an atom as we understand it now; it was rather a metaphor designating a primitive singularity where space-time no longer has any physical significance. That atom was then divided into various quanta, clusters of matter which have, over the course of the universe's history, formed stars, galaxies,supernovasand our blue planet. The work of contemporary physicists has validated Lemaître's theory.

Georges Lemaître was also a man animated by a deep faith. The experience of war 1914-1918 determined his priestly vocation. He was ordained a priest in 1923. He participated in retreats and spiritual exercises in the context of the priestly fraternity of the Friends of Jesus. Through his scientific work, he also encountered researchers, great believers and philosophers… Their discussions were to modify his faith forever.

Initially convinced that one can establish relations between the sciences and faith, and even seek scientific elements inthe Bible, Lemaître's thought evolved through his contact with Eddington who introduced him to the Protestant world and, in the face of stinging critiques he received from scientist researchers, he little by little began to distinguish two fields he would dedicate his entire life to. The baccalaureate in Thomistic philosophy he earned at Louvain, at the same time as his degrees in mathematics and physics, helped him differentiatetheologicalCreation from the universe's natural Beginning.

← Machines as research tools
A Christian education →
Beginning or Creation? A man of science behind the man of faith