The first of Lemaître's calculating machines 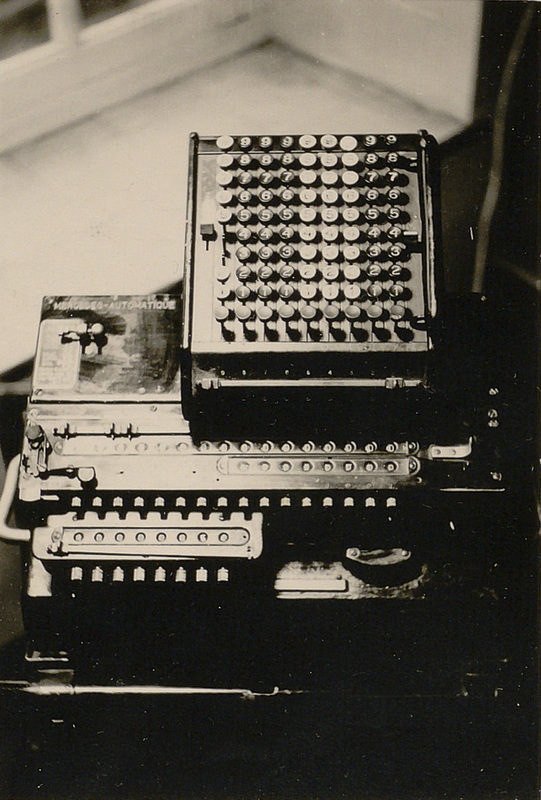 One of the Laboratory's Mercedes machines. Acquired at Lemaître's request, they were the first calculating machines at the Catholic University of Louvain.

His experience with the Differential Analyzer at M.I.T. in the early 1930s stimulated Georges Lemaître's interest in calculating machines. On returning to Belgium in February 1933, he went on using the machines in the context of his research work. Personally, he himself already owned some elementary adding machines, like the Addiator and the Curta. Those two “pocket” mechanical machines allowed adding, subtracting, multiplying and sometimes dividing.

His work becoming more and more complex over the course of time and requiring the use of increasingly improved materials, Georges Lemaître had the University acquire five Mercedes electromechanical calculating machines. Those machines were placed at the disposal of the students and as of 1935 installed in the loft of the Institute of Physics, located in the former college of the Premonstratensians in Louvain, future site of the Digital Research Laboratory.

He was so passionate about these calculating machines that he moved them to his apartment in Louvain during the war - fearing the Germans might requisition them. That in no way prevented the students from working normally. Conscious of the difficulty of living conditions, Lemaître authorized them to use the Mercedes machines he had at home, even when he wasn't there.

In order to bring out the full potential of the machines, Lemaître studied their internal functioning and soon handled them with great skill. The use he made of the Moon-Hopkins is very illustrative. Early in the 1950s, the president of Kredietbank, Fernand Collin offered him an accounting, calculating machine as a sign of friendship. Georges Lemaître quickly learned the programming and used the machine, designed to calculate banking interests and unable to divide, for calculations as complex as the form of galaxy clusters and the orbits of charged particles in the magnetosphere.

"On returning to Belgium in February 1933, he went on using the machines in the context of his research work. Lemaître also studied their internal functioning and soon handled them with great skill" 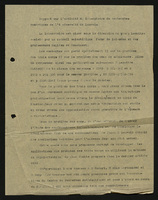 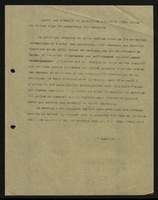 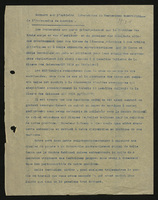 Activities reports of the Digital Research Laboratory, 1952 and 1953. 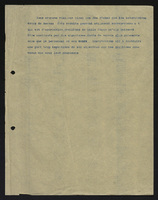 The Laboratory's activities were closely related to Lemaître's research work, but we note that the accent was placed on team work.

Georges Lemaître's interest in digital calculation had repercussions on the Catholic University of Louvain. In 1952, with the aid of some of his collaborators and students, he founded the Digital Research Laboratory which would later launch the University on its way to data processing. However, initially, the Laboratory served above all to institutionalize what was being done in the Premonstratensians' college loft and facilitate obtaining financing. For that matter, until the mid 1960s, the Laboratory's activities were almost exclusively linked to Lemaître's work.

Georges Lemaître did not have as a goal making the University evolve in the field of data processing. He even refused an offer of financing from the Air Force Office of Scientific Research, an entity of the American Air force, which might have greatly contributed to the development of the Laboratory's digital research work and thus to the University's influence. Fearing to lose his liberty in his work, Lemaître declined the offer. He prefers being independent in his research projects.

An example of an instructions sheet for programming the Burroughs E101 calculator: a needle connected to the machine is inserted at each orange point, corresponding to a specific mathematical instruction. 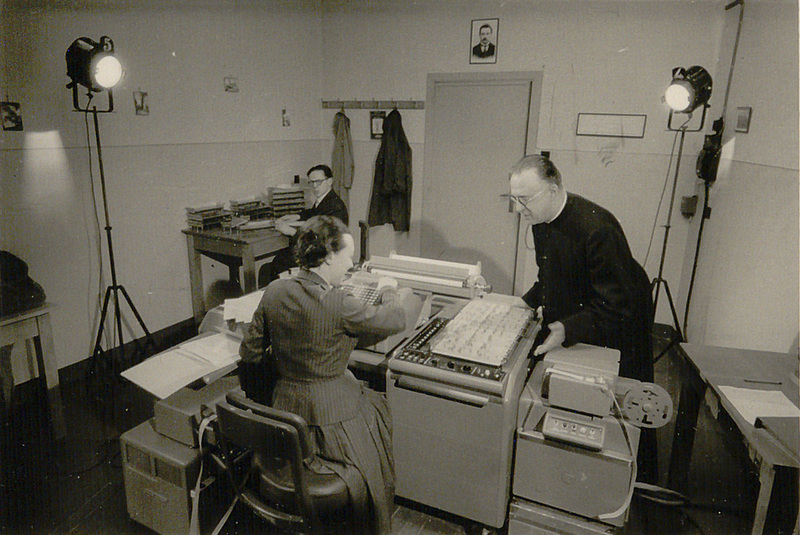 The imposing Burroughs-E101 machine being used by Georges Lemaître and his collaborator at the Digital Research Laboratory, Andrée Bartholomée. 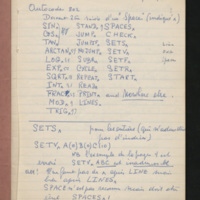 With his nephew Gilbert, Lemaître wrote a code for programming the new machine, the Elliott-802. 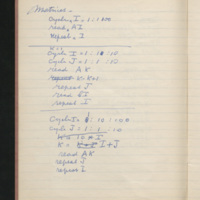 Here are a few elementary instructions.

The Laboratory initially included the Mercedes machines acquired in 1933 and some Burroughs 7282. Subsequently, other increasingly sophisticated machines were added to the bank of calculators. Among them: the Burroughs E-101, the Catholic University of Louvain's first electronic machine. Lemaître had first seen it at the 1958 World's Fair in Brussels. He was so convinced of its potential that he himself contributed to its purchase.

In 1964, the Laboratory acquired an NCR-Elliott 802. It was the first binary computer present in the University. In buying that machine, Lemaître and his collaborators moved the University closer to the avant-garde of data processing. As usual, Georges Lemaître was interested in how the machine worked. In order to simplify its manipulation, he went so far as to develop a new language with his nephew Gilbert Lemaître: AUTOCODE. That language allowed an automatic programming of manipulations that had hitherto been done manually. The Elliott-802 represented the principal way in which other Louvain researchers gained access to calculating machines.

Even if Georges Lemaître took pleasure in handling and programming calculating machines, it was above all for him a means of improving his calculations and progressing in his research work. If he knew their operation in-depth and was a master in handling them, it was above all with the aim of exploiting their capacities to the maximum in the interest of his work.

" Even if Georges Lemaître took pleasure in handling and programming calculating machines, it was above all for him a means of improving his calculations and progressing in his research work" 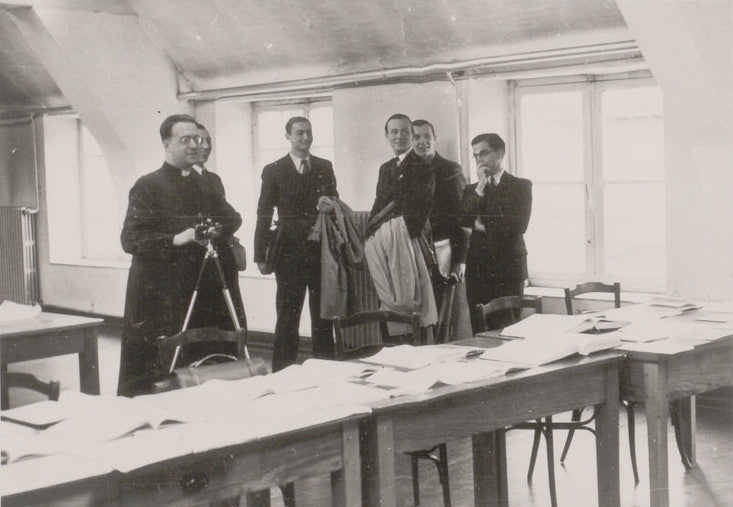 Photograph taken on the top floor of the former college of the Premonstratensians, where the Catholic University of Louvain's calculating machines were installed. This photo shows Lemaître, accompanied by some of his colleagues.

← Between pragmatism and curiosity
… and his research work →
Georges Lemaître and digital calculation: an interest in expansion…
Calculating machines…