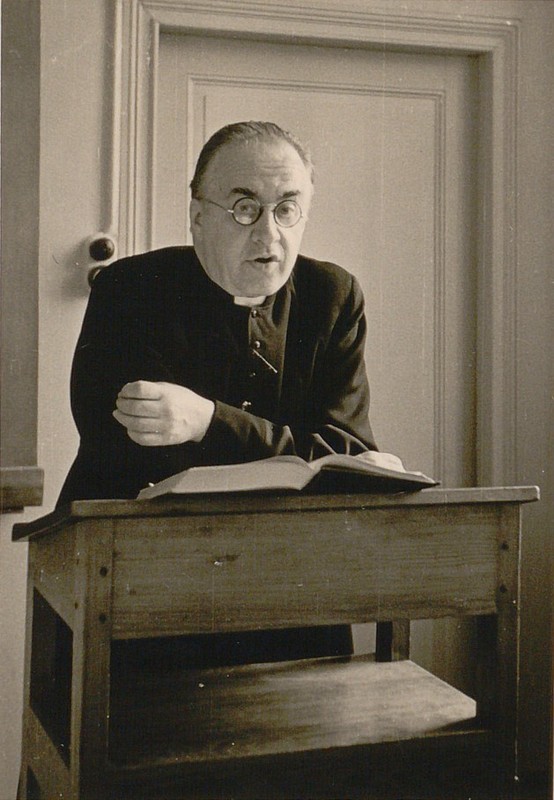 Professor Lemaître during a course on celestial mechanics, April 1952.

If Georges Lemaître is mainly known for his research work, he was also a respected professor of the Catholic University of Louvain. As a professor, Lemaître remained true to himself. The contents of his courses reflected his personal scientific research work and passions. As for the form, it was a mirror of his personality. Lemaître had fun in his classrooms; he often arrived late, he discussed with his students or got angry if a problem proved too recalcitrant. His methods, too disorganised to be orthodox, were nonetheless appreciated by his students who readily forgave his many distractions and pedagogical weaknesses.

With his students, Lemaître demonstrated the benevolence and altruism that characterized him so well. Conscious of the difficulty of his courses and his personal intelligence - beyond that of his audience, as a professor he was indulgent with his students. Close to them, whether they be catholic or lay, Belgian or foreign, he quite often assisted them, to the point of developing bonds of friendship with some of them.