Between pragmatism and curiosity

Portrait of Maurice Alliaume, the professor who initiated Lemaître in digital calculation. This photo was placed above the door of Georges Lemaître's Digital Research Laboratory.

Notes of the jury of the doctoral examination in physical and mathematical sciences, 1919. Lemaître received the grade 'highest distinction'. On the jury we find, notably, Maurice Alliaume.

Having begun a course of civil engineering in 1911 at the Catholic University of Louvain, Georges Lemaître changed directions after World War One - the Great War. He then enrolled in mathematics and physics sectors. There he became acquainted with a professor who would be decisive in his formation: Maurice Alliaume. They had a myriad of common interests such as classical mechanics, relativity and digital calculation. The fact of having rubbed shoulders with Alliaume in his youth was a  great impetus in Lemaître's career-long interest in digital calculation. 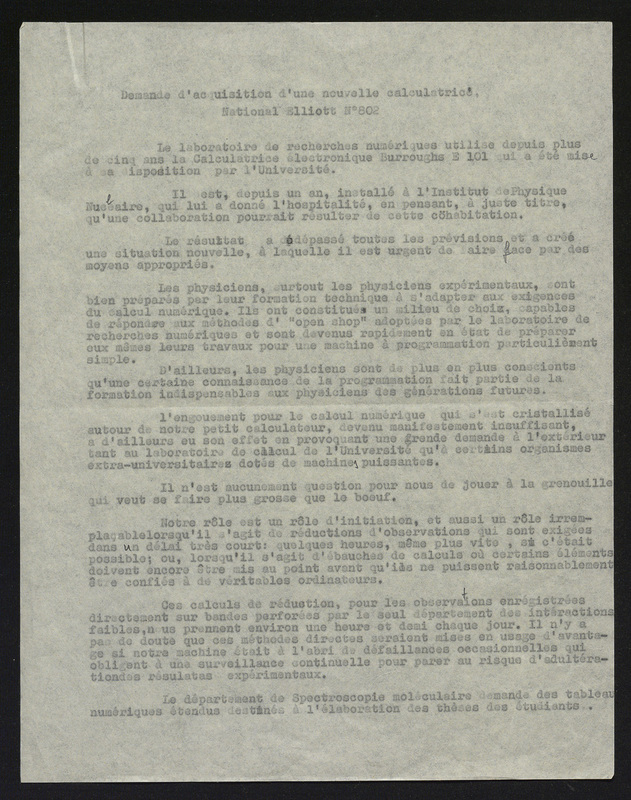 Always in search of new, more perfected tools, Lemaître asked his University to buy a new machine: the Elliott 802, the University's first binary computer. That computer would also be the last Lemaître used.

From August 1932 to February 1933, while he was beginning to be recognized for his research work in cosmology, Lemaître took a trip to the United States where he took part in conferences and met other researchers. He spent some time at M.I.T. and worked with a young associate professor: Manuel Vallarta (who had been on his Ph.D. thesis jury at MIT in 1925-1926). The two scientists made use of the  Differential Analyzer, an analog computer, in their research work. That machine, whose construction was completed in 1931, facilitated integrating systems of ordinary differential equations and representing their solutions graphically. The two physicists would take maximum advantage of the Differential Analyzer's capacities in studying the behaviour of charged particles in contact with the terrestrial magnetosphere.

Using the  Differential Analyzer early in his career showed Lemaître the full range of potentialities of calculating machines. The experience merely increased his interest in both calculating and the machines. Their potential was immense and he couldn't do without them in his work. Thus if Georges Lemaître used calculating machines out of desire and curiosity, he needed them too. His fields of research required very elaborate calculations that only they could do. 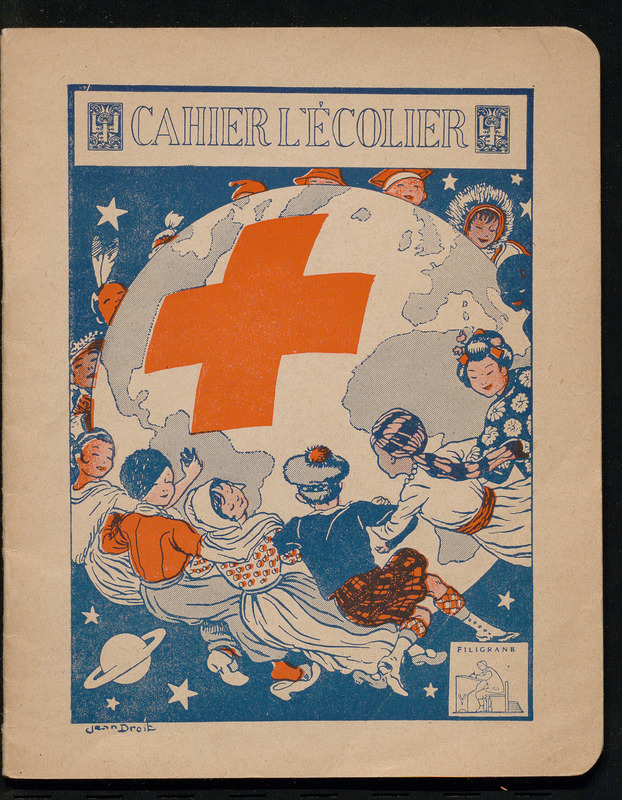 Belgium was occupied by the Germans during World War Two. Like a good number of Belgians, Lemaître and his family joined the 1940 exodus. However the Lemaître family's journey was doomed by the rapid advance of German troops through France and Georges Lemaître had to return to Louvain. The four years of Occupation put an end to his exchanges with the international scientific community. Isolated, he lost track of recent scientific advances. In physics in particular, a gulf grew between Lemaître and scientists continuing to benefit from international exchanges.

However, the war allowed Georges Lemaître to plunge into other readings which were not related to cosmology. He then delved into the writings of Poincaré (New Methods of Celestial Mechanics, 1892), Cartan (Lessons on Integral Invariants, 1922), and Lagrange (Analytical Mechanics, 1788). Those readings awakened his interest in the orbits of charged particles and oriented it towards fields more related to calculation.

Graphs corresponding to temporal evolutions of the distance scale factor in the Universe, drawn by Lemaître at the very beginning of his career in 1927. After the Second World War, Lemaître reoriented his research work.

After the war and in the following two decades, the cosmological research work that had made him famous no longer constituted the central point in his work, even if he continued to publish and give conferences in those areas.

Lemaître then turned his attention to other questions closely linked to his hypothesis of the primitive atom. His new research work, which represented a prolongation of his earlier work, was oriented more towards mechanics as well as digital calculation. They required the use of increasingly powerful calculating machines.

"His new research projects were oriented more towards digital calculation. They required the use of increasingly powerful calculating machines"